Skip to navigationSkip to contentSkip to footer

Andrew Stewart is busy with the lunchtime rush at his restaurant's takeaway counter in Narooma on the NSW South Coast. It's a far cry from the week before when the strip along the Wagonga Inlet foreshore was all but deserted.

It's encouraging but there's a long way to go before the losses of the summer inferno are made up.

The figure could be even higher because last year, his restaurant, The Inlet, wasn't up and running.

"It's not back to normal yet but we're starting to definitely see the people out and about and starting to have the confidence to spend money again."

Read more: Trail of tears as fire-scarred South Coast mops up after the flood

Andrew's business was not directly affected by fire so he is not eligible for the federal government's small business grant. Two casual staff have gone because he couldn't offer them the hours they needed.

"If we had that cash injection from the start we probably could have used it towards keeping the staff," he says.

While business is slowly picking up, one element is missing. Normally at this time of year, there's a rush of international students from Canberra taking a short break before the start of the academic year. It's been steadily growing, he says, especially with Canberra's airport receiving more international flights. But it's not there this year.

"So we can only put that down to the government's coronavirus measures."

While he comes to terms with the hit to his business, like many others caught up in the drama, Andrew is also still processing the fire emergency itself.

"I think we're only just starting to come to grips with what we've been through. We've been evacuated so many times and then having to worry about the business and then the staff on top of that has definitely taken a mental toll on everyone but on me in particular."

Likewise for Russell 'Whacker' Gotsalks. He owns a photography and framing business and the trade he usually enjoys over summer has evaporated. 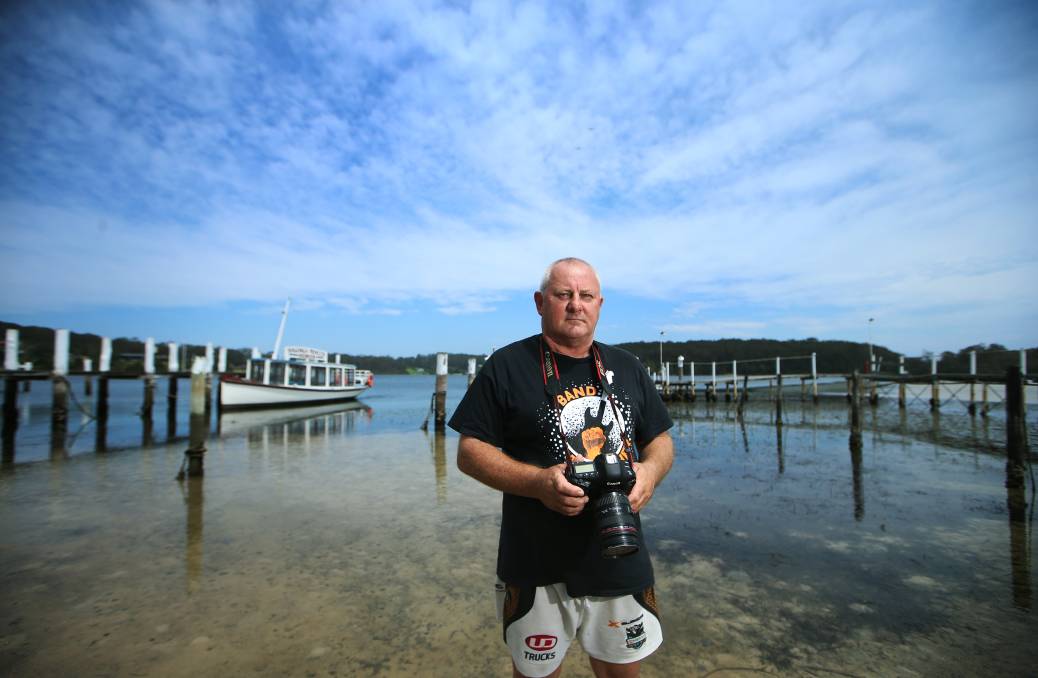 EXPOSED: Russell 'Whacker' Gotsalks, who runs a photographic framing business in Narooma, has been impacted by the absence of tourists. Photo: Sylvia Liber.

He's considering trauma counselling, not just for what he experienced as Narooma came under threat and was evacuated of tourists.

"I've been having dreams with what I've seen from the devastation, that's enough. That's enough to say, maybe you should go and talk to someone. It's crazy. I didn't think it would have an impact on me," he says.

He's seeing the beginning return to normality as visitors begin to trickle back into town.

"Up until last week the walk-through traffic even in town was nothing. That's impacted a fair bit on my business. I sell local photos, frames and little gift packs and things like that. That trade's not there."

Adele Morrison is minding shop at Eumun-Tea. She's prepared three flavours of scones for visitors who today haven't shown and jokes that at least the chickens will be happy. It's one of three gigs the mother of three works, so she counts herself lucky. 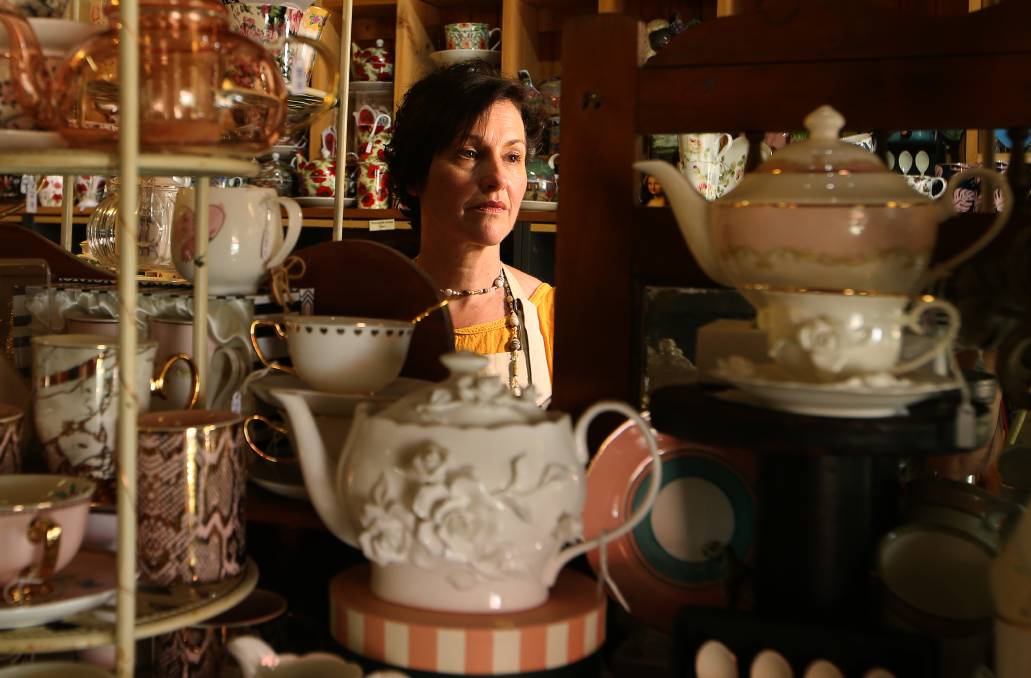 FRAGILE: Business is slowly returning to Tilba, where Adele Morrison works as a casual at Eumun-Tea. Photo: Sylvia Liber

"We didn't have our summer trade. We generally have four to six people on in a day here working. And when you're going to one, that just shows you how catastrophic it's been," she says. If there's a sudden squall of customers, that one person is rushed off their feet.

Adele lost income from her child entertainment business. "I lost $2000 in face painting work over that period. That's huge. I had no wage here because we just couldn't come in."

Only reopened a couple of weeks after being threatened by fire several times since December, the store's casual staff are dividing up shifts according to need.

"We've been ringing each other and saying, 'Do you have enough money for food? Do you want to come in and work?'"

This is not the first time she's seen the impact of fire. In the wake of the 2009 Black Saturday fires in Victoria, she was part of a troupe of child entertainers sent to Kinglake to help traumatised children. She'll never forget the experience.

"All their eyes were sunken, they were black. Not black because of the colour, they were just blank," she says.

"Some of these kids had to run for their lives, they had to be picked up or dragged to get into a car. They had embers hit their car and things like that. How horrific."

Across the road at Tilba Sweet Spot, Peter Lonergan thinks the low interest loan offered by the federal government for businesses indirectly affected by fire will help deal with the loss of summer trade. 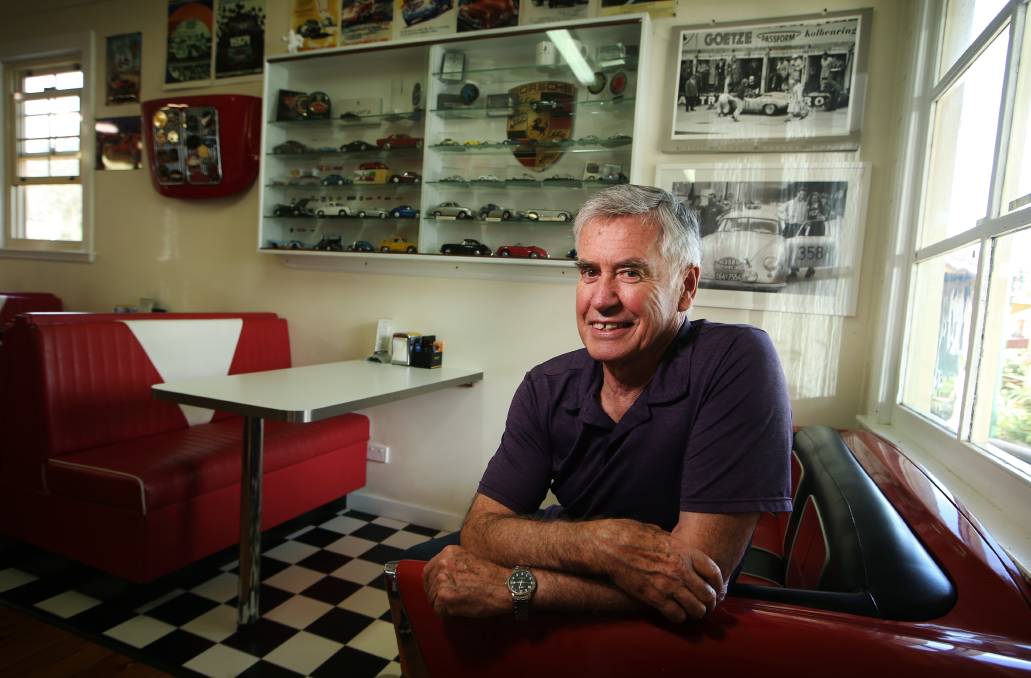 "There's always that worry of going further into debt with it but if you restructure what you have or meet commitments from suppliers you have outstanding accounts with, I think it will be very handy."

He's quite happy with the way business is returning in what he says is normally a quiet period at the beginning of February.

"All the creeks are flowing, the dams are full, tanks are full and the grass has just turned vivid green again and that brings a lift to everybody after what we went through - the trauma of the fires. We got evacuated five times in Tilba. We didn't know if we were coming back to ruins."

He admits to a pang of survivor guilt.

"It's a strange one. We're in a position where we actually haven't been burnt. Our neighbouring towns of Cobargo and Mogo copped catastrophic fires through their villages and we're untouched. And yet we still need help because we lost all our January business.

"We feel a little bit guilty seeking help when we weren't burnt."

Just like the bush along the coast, business is regenerating slowly in some places, quicker in others.