I know firsthand what it's like to feel as though you are up against the world.

I've felt the heavy weight of the world on my shoulders as the reality kicked in about a changing climate. 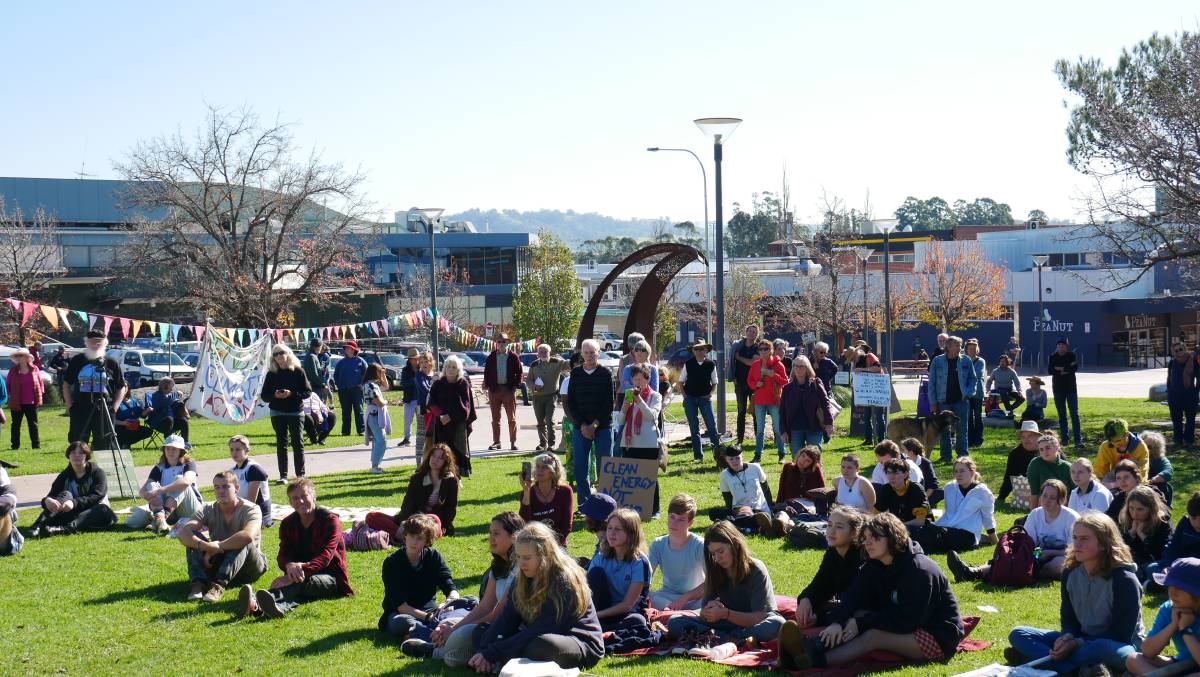 On Friday, May 21, students and their supporters took to Littleton Gardens in Bega for School Strike 4 Climate Australia. Photo: Ellouise Bailey

Although it wasn't the first time I had heard of the idea of anthropogenic climate change, the severity of the need to immediately act really came to full force in my first year as a university student in 2013.

Taking a sub major in environmental studies landed me as an 18-year-old into a classroom where I could never have walked out the same way.

The politics and ecology of climate change was a class I took in my first year with a professor who I still respect profoundly, despite the fact that those lessons were the first real introduction to the global trauma I was now up against.

I pushed myself forward to join the cause, much like a young soldier who has just been enlisted to fight a war they knew nothing about and for the most part had nothing to do with.

Becoming familiar with terms like locking-on and non-violent civil disobedience, I found myself weighing up whether or not I wanted to get arrested at the next big event and whether or not to leave my studies to go and join the fight on the frontline. The enemy was always big business and government.

The more impassioned I became, the more enraged I was and the deeper I drove myself into depression and hopelessness. My newfound disgust of the world around me led me to hate humanity and as a greater extension, myself. I became overwhelmingly existential and nihilistic. A treacherous territory for young people. According to WHO depression is one of the leading causes of illness and disability among adolescents.

Desperately trying to find where I fit into society, I plunged myself further into the climate action movement, trying to cling onto those around me who carried the same banner. Once you get deeper however, you find a lot of different banners to stand under and end up feeling even more lost as they try to tie you to their cause.

There is often no cohesion in these groups of young people advocating for social justice, there is just a sense of chaos and a lot of bruised and broken people.

Looking back now, it's easy to see how a young mind is able to get so swept up in battle cries and anti-establishment ideas as a way to change the world.

In my experience, youth radicalising youth is an unstable and dangerous terrain for a young mind already dealing with so much change.

On Friday, May 21, I witnessed the Student Strike for Climate Action in Littleton Gardens in Bega and I felt concerned.

The narrative of their young lives was being sung by other young people who took to the stage and declared a war with politicians and government on climate change. The youth were encouraged to take direct action and get arrested.

The rhetoric of the young speakers was that the climate wars are coming and we are all going to starve and perish. Those dystopian Hollywood movies on Netflix were simply a projection of the future.

This narrative of the impending doom fell on to the ears of children in primary school uniforms.

One of the chants that was extremely concerning to me was encouraged by a 21-year-old man who had been arrested 17 times in the past two years. His introduction, presented by a 13 -year-old girl, of having been arrested more than any other climate activist was met with cheers from the audience.

"What do we do when they're murdering us?" he yelled down the microphone.

"Stand up fight back!" they responded.

I want to make the argument that this is not the realm of children. Running with a young person's sense of hopelessness by providing them with a staunch sense of duty, purpose and direction seeks to prepare them for battle that is not theirs to fight. 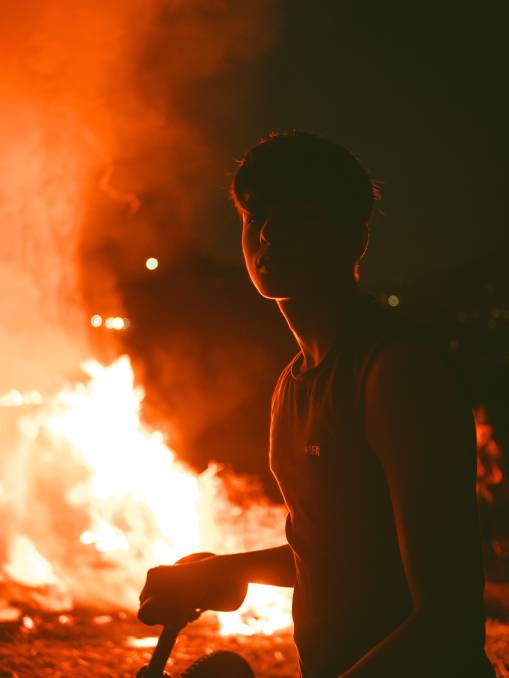 The youth may be generally more vulnerable to speech which seeks to radicalise them.

We need to keep our children close and ensure they have stable and well-adjusted voices in their sphere so that their willingness to challenge frameworks handed down from authority figures is not weaponised.

Don't get me wrong, I am only just coming out of my youth myself and am in fact speaking as a millennial who has also grown up in this narrative of climate chaos. Not some grey-haired adult trying to tell you what to do or how to live your life.

I just want to help you see that there are other options out there. And that you should be more gentle on yourself. This is a fight that people before you have been fighting for a long time and there is wisdom there about how to actually achieve things in society.

I felt I was witnessing the radicalisation of the youth. I wanted to remind these young people that there are ways to exist in the world without feeling as though you must suit up for war. The older generations do not want to murder you. The world is so much more complex than how it may now appear.

The ways that I learnt to deal with these ideas and began to refill my tank was by getting involved in the local community and find out about what steps businesses and community members were taking to change their small patch of grass.

I want to remind these young people that they live in local communities that do care for them and, for the most part, the environment.

Imagine if these young people mobilised their power to assist Landcare with replanting native vegetation or helped out with a working bee creating habitat boxes for wildlife. A sense of achievement and community cohesion in one! Just last week the Bega Valley Council, Bega Cheese and University of Wollongong announced a co-operative to help make Bega's economy circular, meaning waste by-products would be put to use and projects encouraging environmental sustainability would be funded and embraced.

Where was a speaker to remind the youth that their small community does care for them and is actually trying to make change, which if successful could be modelled all around Australia?

The real pandemic the youth are currently facing is their mental health and obviously gearing up fellow youth for battle will only make matters worse.

According to the World Health Organisation depression is one of the leading causes of illness and disability among adolescents and suicide is the third leading cause of death in 15-19-year-olds.

The seven year study on youth mental health produced by Mission Australia and the Black Dog Institute found rates of psychological distress among young people had risen 5.5 per cent between 2012 and 2018. I can only see this instability rising in coming years.

The scientific community has proven time and time again that something needs to be done to address the issue of climatic change. That much is certain.

But I feel strongly that we should take children out of the equation and let them be children for a while longer. Soon, like me, they too will find out that the world is full of nuance and not so black and white.

They will still have to find a way to make a living in the world and learn how to sit with the discomfort of having to live in the world and actually be happy without feeling the need to be at war with something all the time.

We should all give ourselves a break now and then and just enjoy the world around us without the narrative of doom and gloom and absolute hopelessness all the time. The mind is fragile enough as it is.

We are all just trying to do our best.

This story Belonging to a radicalised youth: a heartfelt letter to our young people first appeared on Bega District News.