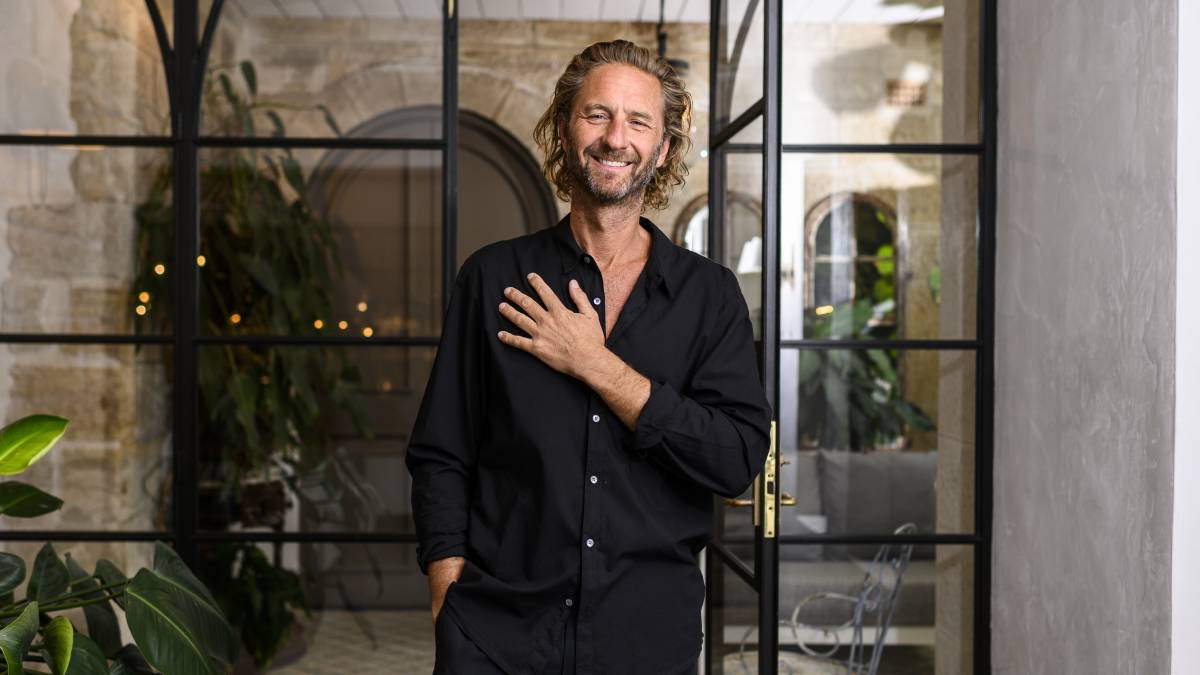 I have wanted to chat with the billionaire hospitality guru for some time now, hoping I would bump into him at one of his three new venues at Narooma.

Justin Hemmes is a busy man to get hold of, but I finally caught him over the phone.

The Whale, The Quartedeck and The Inlet have been the talk about town as well as this bloke who owns them.

I thought I would introduce Mr Hemmes from my perspective after our conversation ...

Passing over the Narooma Bridge, the colours of the Wagonga Inlet is always something to talk about.

It was that dazzling water that caught Mr Hemmes' eye. Water so clear and perfect for diving, he says. GATEWAY TO NAROOMA: The eye-catching colours of the iconic Wagonga Inlet. Picture: Clickedbyk.

For the past seven years, Mr Hemmes has called his Glasshouse Rocks estate home.

"It was the geography and topography that attracted me to Narooma - the beautiful beaches that are broken up by the incredible rock formations," he said.

Mr Hemmes always wanted his kids to be brought up in a regional, coastal area. His two daughters love spending time on their farm by the sea.

"They do lots of swimming and they love the animals," Mr Hemmes said.

I agreed with Mr Hemmes, it's the simple things that make growing up on the South Coast so special. Things most city folk don't get to experience.

"It's a wonderful way of life for kids to be brought up on a farm, riding motorbikes and fishing ... learning to catch food and grow vegetables," Mr Hemmes said.

Most South Coast locals could agree with Mr Hemmes - it's the lifestyle of living on the coast they treasure.

In March, The Quarterdeck was his Merivale hospitality group's first acquisition outside Sydney. Big news for Narooma.

We have a great new concept coming (at The Whale), hopefully opening by the beginning of December ...

From then, I was seeing national headlines fortnightly of his buying spree of venues in NSW and Victoria.

There was one headline that didn't sit quite right with me - that Justin Hemmes thought Narooma could rival Noosa?

Sure enough, when locals saw this yarn, they got bitter real quick.

Comments flew about social media, with people worried about their patch of paradise becoming overcrowded and overpriced.

What did this billionaire investor have planned for his three venues? And why would he want to see Narooma as a gateway paradise like Noosa?

Truth is, Mr Hemmes has never been to Noosa. He said the reference was the "journalist's creative license."

"I never compared Narooma to Noosa," he told me. Merivale CEO Justin Hemmes says Narooma is like no other place. It has its own uniqueness he says should never change. Image: Supplied.

I do love a good dose of alliteration in a headline, but not when it's going to stir up a small town.

Narooma has been put on the map, whether we like it or not. But I feel pretty confident, it will never see the population of the North Coast. We just don't have the climate.

Hemmes wanted to clear up his introduction to locals.

He felt passionately towards keeping Narooma "as it is". It's charm and uniqueness can't compare to anywhere in the world. He had no masterplan when investing in the town, he simply wanted to create additional dining and accommodation options - doing what he does best.

Let's face it, Narooma has been in short supply in terms of dining experiences or places opened late.

The Quarterdeck has had a refresh and The Whale is about to see a "new concept" appear in the dining space as the pop-up Chez Dominique finished last week. 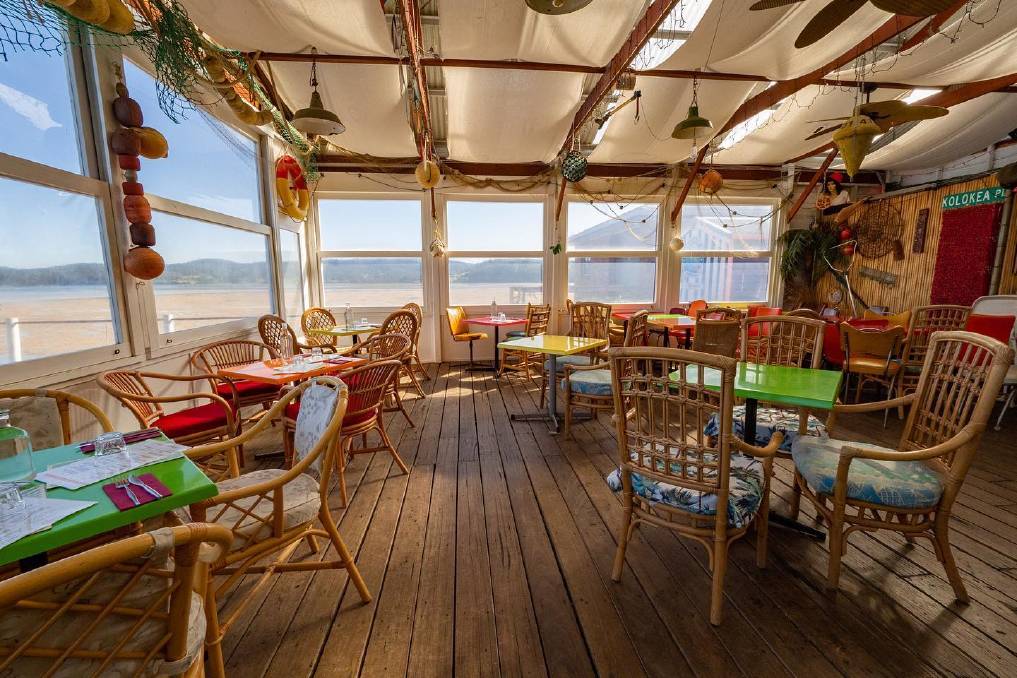 Suiting the coastal vibes is the revamped tiki bar at The Quarterdeck. Image: Supplied.

"They (Chez Dominique) have been wonderful and it has been a real pleasure having them there," Mr Hemmes said.

"We have a great new concept coming, hopefully opening by the beginning of December."

In February, The Whale Inn's accommodation will be jazzed up with renovations.

"What we are going to do there is going to be beautiful," Mr Hemmes said.

Narooma is Mr Hemmes' second home, where he spends 50 per cent of his time.

He loves the place so much and wants to share it with others.

If I was chatting with Mr Hemmes 10-years ago, I would have thought the opposite. No way did I want to share my favourite surf breaks or secret sunbathing spots.

As a local girl growing up surfing and camping along the coast, it was hard to like tourists. I would see them rock up to the beach with all the gear and no idea.

My teenage self would get frustrated when my favourite surf break was crowded or when I was stuck in a line of traffic to get to town.

As I became an adult, I started to understand the need for tourism and my views changed. I grew a whole lot more patient as I realised how important those tourist dollars were to survive.

Growing up as the daughter of restaurateurs, I look back and think those 20 years of my life relied on tourism.

During the off-season, my parents would close up shop because there was never enough bums on seats to be viable. Hospitality is an unpredictable industry in a seasonal town.

Mr Hemmes said he was here for "a good time and a long time".

By creating a scene in Narooma, he hoped to see the town become more of a desirable destination for locals with start-up businesses, which will help attract tourists all-year round.

Instead of travellers passing through and seeing empty shops, Mr Hemmes wants to see locals claim these spaces with the confidence to open a business.

"There are a lot of empty shops in Narooma; if we can, start filling them in an organic way - it will build the buzz of the township and continue to create more opportunities," he said.

"It will allow people to bring up families in these areas and not have to worry about moving to the city to get a job."

READ MORE: What you need to know about the Shire's slithery friends this spring

Narooma and our whole coast heavily relies on tourism and to share our beautiful patches of paradise will only help our future.

To me, there will always be those grumpy, inexorable residents getting about. People who kick up a fuss over change.

One day, I hope those people respect businesses having a crack and think about the positives it will bring to the community.

At 28-years-old, I feel lucky to pursue a career here in the shire - the place where I grew up. I am grateful and don't want to leave.

I am excited for what's to come, with some big projects like the Bay Pavilions and Narooma Arts and Community Centre that will be two awesome attractions.

Not to mention the new breweries popping up and local companies like Alfresco expanding ... this gives me hope that the shire won't be one huge retirement village, but instead a thriving community with leisure options and career opportunities for all ages.