THE newly constructed Windsong Pavilion at the Four Winds Festival site is bound to attract musicians and artists from around the world. 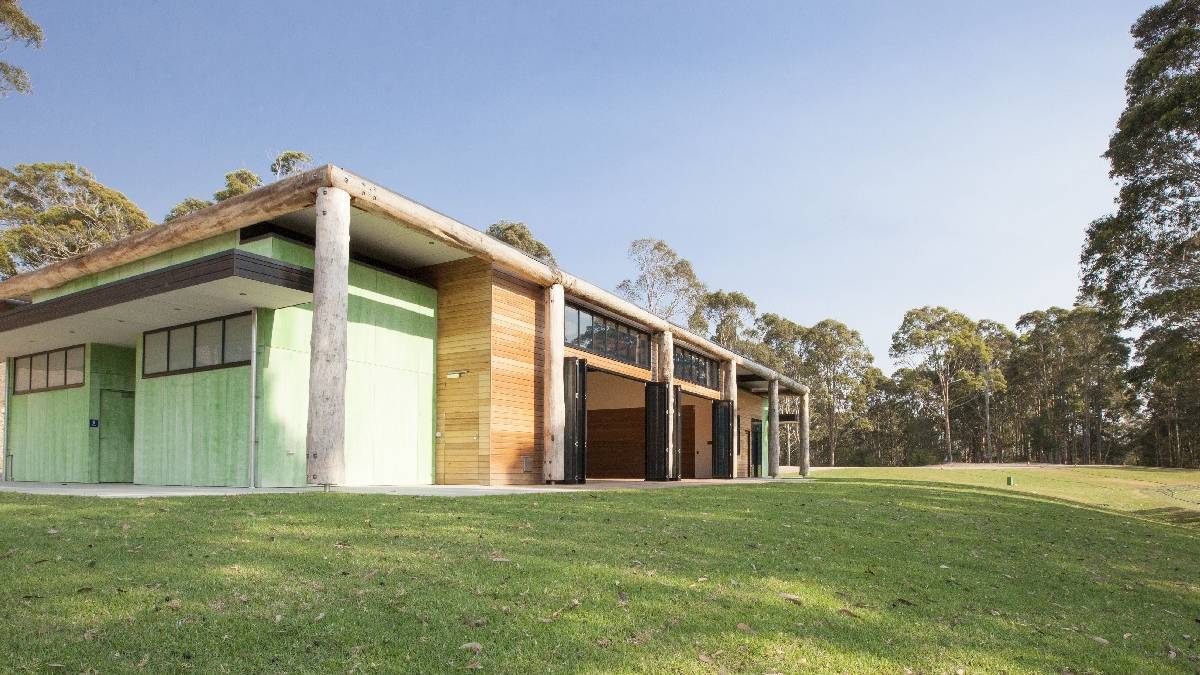 Four Winds Festival chairwoman Sheena Boughen and the board are justifiably proud of the craftsmanship and expertise that has gone into the Windsong Pavilion. Photo by Stan Gorton 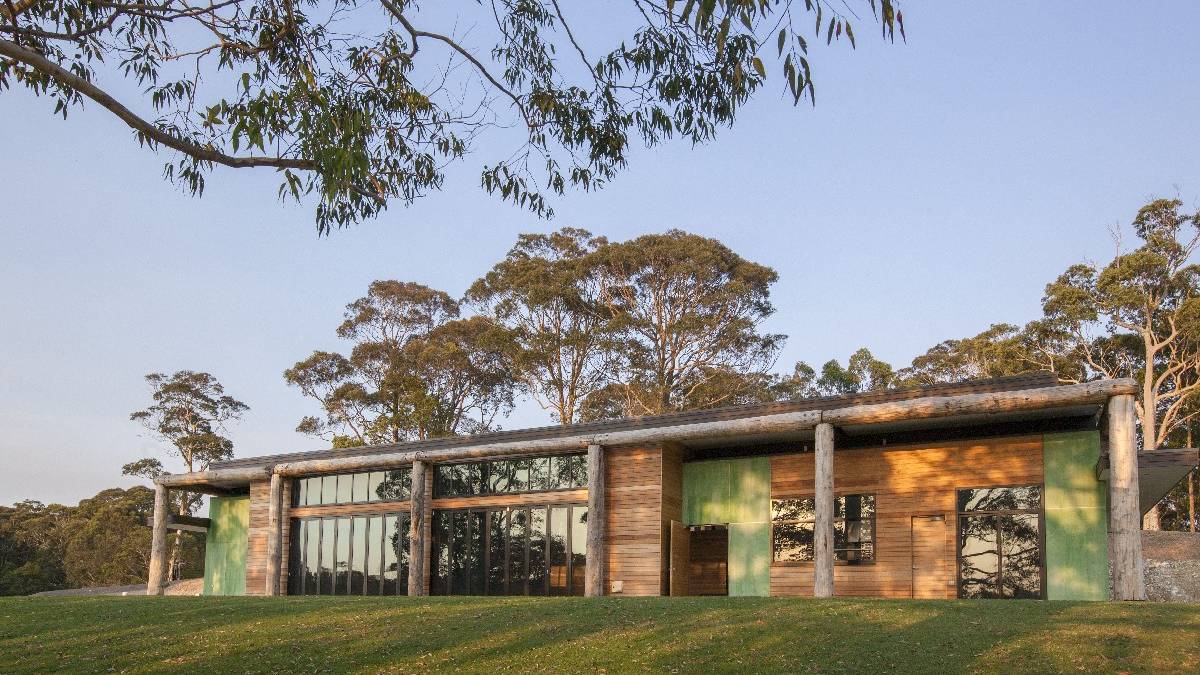 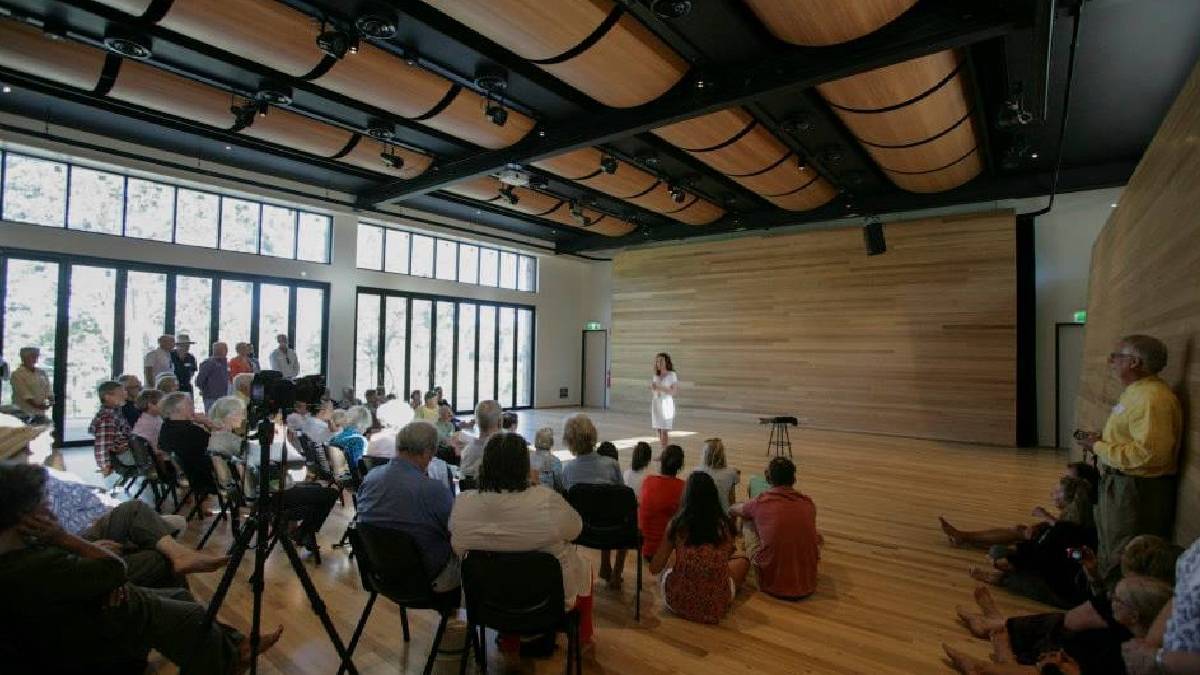 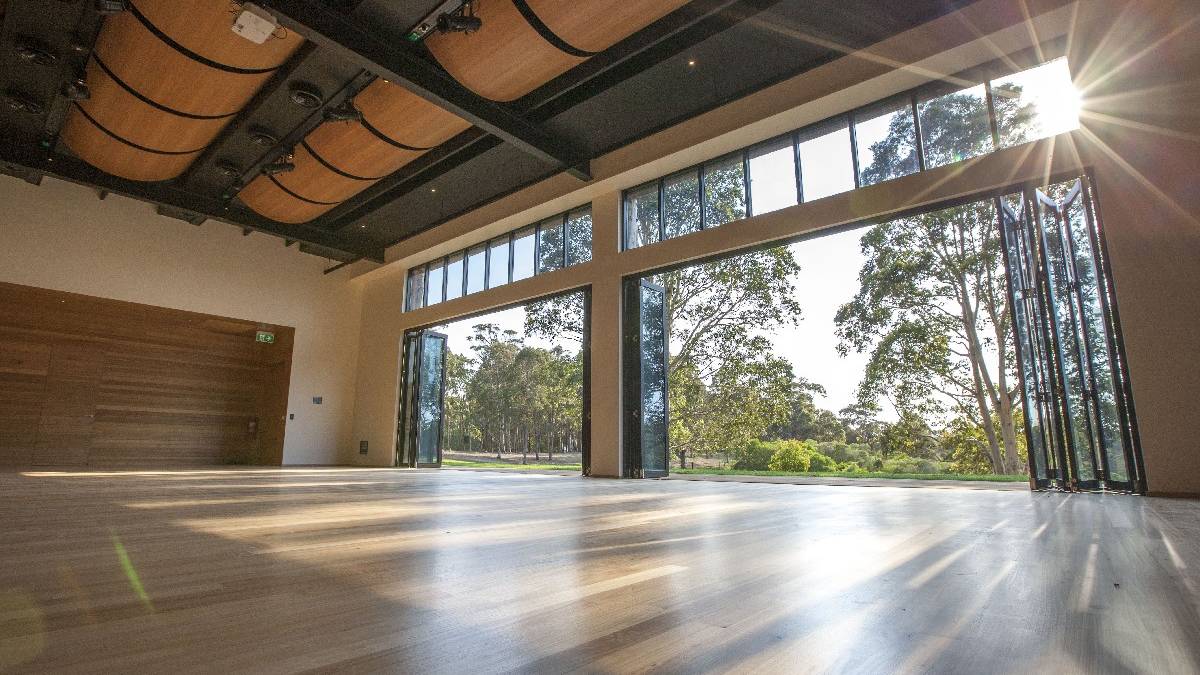 Built to the highest specifications out of handcrafted local and Tasmanian timber with state-of-the-art acoustics and electronics all set in the stunning location of hidden bushland at Barragga Bay south of Bermagui, what world-class artist could resist.

Only a select few have seen the new building that will surely shine when the Four Winds Festival this Easter long weekend attracts hundreds of music lovers to the site and the area.

Four Winds Festival chairwoman Sheena Boughen and the board are justifiably proud of the craftsmanship and expertise that has gone into the Windsong Pavilion.

"We're opening debt free and with complete artistic freedom but we have responsibility to now see this building contributes to the local community and natural music ecology," she said.

The light shines in freely with architect Clinton Murray wanting the blur the line between inside and outside, and indeed one side of the building is full-length glass doors that can be opened.

The other side of the auditorium is the stage backed by a specially offset wall of Tasmanian oak chosen for its acoustic qualities, while 5-metres up the ceiling is lined with wooden tubes made by Australia's master acoustic tile maker -  Chris Morton of ARO Technology of Adelaide.

The rest of the building consists of local yellow stringybark from the sturdy outer frame of rough-hewn whole tree trunks, now a trademark of Bermagui, to the highly finished panels and veneer on the inside.

It is packed with the latest technology with the best energy efficiency lighting, and air-conditioning all designed for to enhance the musical performance, it even has a "green room" to keep performers happy and also full kitchen facilities for catering.

There is 10km of wiring and the building is fully connected to the internet allowing for the broadcast of performances or even two-way conferencing.

The Windsong Pavilion was funded primarily with a Regional Development Australia grant of $1.67million, which was matched by State Government grants of $350,000.

This had all been matched by $1.4million raised by Four Winds itself, and matched by a similar amount of labour donated, she said.

And the idea of the new building being a boost for the local economy was a priority for the Four Winds board of directors.

Ms Boughen said the facility was seen to have three functions - firstly and most obviously to be a venue during the once-every-two-years festival, but also to be a venue for hire for events and also to encourage collaborative workshops, ongoing education and performance programs.

With plenty of space to play with, the building can seat 180, accommodating a total of 100 overflow with the doors open, by design more than the fancy city auditoriums.

And like those projects, the builders relished working with timber and really using their carpentry skills, Ms Boughen said.

There have already been discussions with local land conservation authorities from National Parks to council and Landcare groups to develop a master plan to make the Four Winds site into a native species arboretum.

Locals will get a chance for sneak peak at the building with a "pop-up" semi-impromptu viewing of the movie "Musica Surfer" featuring the music of world-renowned violinist Richard Tognetti that is set to air at Four Winds. It's already booked out!

More on the Windsong Pavilion

The Windsong Pavilion is yet to be filled with music but already it's full of stories including how it got its form and even its name.

Four Winds founder and patron Neilma Gantner, who son Carrilllo gifted the Barragga Bay site and who has watched the festival blossom into its current form, used to have a Dodge Wayfarer while living in America.

She always loved the phrase "windsong" and nicknamed her car the "Windsong Wayfarer". The Four Winds board is honouring Mrs Gantner's strong belief in music making and this region by naming the Windsong Pavilion from this story.

In 1967, the building's architect Clinton Murray's childhood memories were framed by family holidays at the Asling's beach caravan park in Eden.

His passion for the South Coast grew beyond the chocolate paddle pops from the caravan park shop to camping rough on Wonboyn beach and fishing estuaries various with his father and three older brothers.

In the 70s, Murray family holidays moved to Merimbula. Robin Boyd'siconic Black Dolphin Motel provided the gateway to the town and the spark for a career in architecture.

Relocating to Merimbula with his family in 1996, Murray commenced a series of award winning homes on 'long point' that challenged the conventional brick and tile approach to coastal design.

These buildings caught the attention of Gantner and Boughen who subsequently approached Murray to assist on the design of the Windsong Pavilion.

Commissions beyond the South Coast ensued until Clinton was lured back to the 'big smoke' in 2008 to work on public buildings.

The Windsong Pavilion provided him with the perfect opportunity to contribute positively to the community he loves.

"Those early memories of the Black Dolphin Motel provided theinspiration for the pavilion," he said.

"The expressed 'bush pole' structure. The way the building sits in the landscape. It isn't just about the built form but it's very much about what's not built! The area we leave behind. The area we leave untouched. The friendships we make along the way. The legacy we all leave."

Ideas seem to be free-flowing at Four Winds with lots of ideas for the pavilion and festival site, including encouraging the use of the facility by the region's budding musicians including at Narooma High School that already has an excellent music program.

Then there is the idea for a food event or festival taking of advantage of the "four foods" of Bermagui, them being fish, dairy, gelato and wine, combining the slow food movement and music.

The festival board is currently approved to operate four events a year attended by up to 2000 people, and 10 up to 500 people.