Australia's vaccine rollout has been thrown into disarray following the overnight announcement on new advice for the AstraZeneca jab for people under the age of 50.

Those under 50 have been advised not to get the AstraZeneca vaccine due to concerns around a rare form of blood clotting linked to the vaccine.

Here's what you need to know.

What's happened with the AstraZeneca vaccine?

The country's vaccine taskforce, the Australian Technical Advisory Group on Immunisation provided new advice on Thursday night about the rollout of the AstraZeneca vaccine, saying it was recommended it should only be given to people over 50.

The new recommendation comes following several patients in Europe and the UK being diagnosed with rare blood clotting conditions in the days after they received the first dose of the AstraZeneca vaccine.

A man in his 40s in Melbourne was also taken to hospital last week for thromobosis as well as a low platelet count.

Those under 50 have been recommended to receive the Pfizer vaccine instead, while those over the age of 50 can continue to get AstraZeneca where the benefit of the vaccine outweighs the risk of blood clotting.

What does this mean for the vaccine rollout?

In short, the news has meant the rollout, which was already behind schedule, will be significantly delayed.

Australians were more likely to receive the AstraZeneca vaccine as part of the rollout, due to that jab being able to be manufactured in Australia.

A target of all eligible Australians receiving a dose of a COVID vaccine by October had been set, but that is now unlikely to be met following the new advice.

The long-term time frame for the vaccine rollout is being reviewed following the overnight developments.

Prime Minister Scott Morrison said the new recommendations would shift the timeline of the rollout.

"We expect that this will require some changes to the arrangements we have as part of the vaccination rollout," he said.

"This includes when we might expect our first doses, ultimately, to be able to be offered to all Australians."

Why is the advice for those under 50 to not get the AstraZeneca?

Other countries have moved to temporarily halt the rollout of AstraZeneca in Europe, or as in the case of the UK, limit to people only over the age of 30.

Allen Cheng the co-chair of the Australian Technical Advisory Group on Immunisation, the body that recommended the advice, said it was to do with the level of risk and Australia's handling of COVID.

"If there was a lot of COVID about, then the benefit in preventing COVID would outweigh the risk for almost all adults, except for very young adults. This is pretty much the situation in the UK at the moment," he said.

"In Australia, we don't have COVID in the community at the moment, but we recognise that the risk of incursion is ever present. So the balance of the risks and benefits are different."

Those over the age of 50 are still urged to get the AstraZeneca vaccine due to the benefit of being vaccinated being much higher for older people and the risk of the clotting condition decreases with age.

What if I'm getting the vaccine as part of phase 1a or 1b?

Vaccine stages already in place will continue as scheduled, though with some changes.

Phase 1a, which is for quarantine and border workers, frontline heath staff and aged-care staff and residents, will carry on.

However, those who have not already received their first dose of the AstraZeneca vaccine who are under 50 have been advised to receive the Pfizer vaccine instead.

More recently, phase 1b of the rollout began - which is for residents over the age of 70 - along with those with underlying health conditions and Indigenous people over 55.

Health Department secretary Brendan Murphy said most people as part of 1b would continue to receive the AstraZeneca.

"Those over 70 and 80 will continue to get AstraZeneca at their GPs and be confident in its efficacy and its safety," he said.

"For those healthcare workers under 50, they will now be prioritised to Pfizer, and that might delay that particular phase of 1b."

What if I've already received the first dose of AstraZeneca?

If you've already received the first dose of the AstraZeneca vaccine and have not experienced any serious adverse reactions, it is safe to receive the second dose of the immunisation.

However, those who have had blood clots associated with low platelet levels after getting the first dose have been advised not to go ahead with the second.

I'm slated to get the vaccine soon. Can I get a Pfizer vaccine instead?

Patients who are scheduled to get the vaccine have not been able to choose which vaccine they get.

However, health officials have been scrambling to get people under 50 who were slated to get the AstraZeneca vaccine to have the Pfizer one instead.

ACT chief health officer Dr Kerryn Coleman said arrangements were being made to ensure people got the correct vaccine following the new advice.

"If they have an appointment at Garran [surge centre], they will get the appropriate vaccine," Dr Coleman told ABC Radio Canberra.

However, those intending to make their vaccine appointments at government-run clinics have been urged to hold off making a booking until next week, when more certainty could be given as to vaccine supply and the change in advice on which jab people should get.

Pfizer vaccines have been more commonly administered at hospitals, due to cold storage being needed to store the vaccines safely before they're given to patients.

Doctors and GP clinics have recently come onboard to the vaccine rollout, and have been more likely to administer the AstraZeneca.

Where is Australia at with Pfizer vaccine doses?

Australia has ordered 20 million doses of the Pfizer vaccine.

However, these vaccines have to arrive from overseas and global supply issues have limited the amount that Australia has already received.

The federal government initially ordered 10 million doses of the Pfizer jab but announced an additional 10 million had been secured in February.

But the additional doses are unlikely to arrive in the country until the end of the year.

Melbourne-based company CSL was ramping up production of vaccines to be distributed across the country, but they were making the AstraZeneca vaccine.

AstraZeneca was expected to be the primary vaccine used in the rollout. 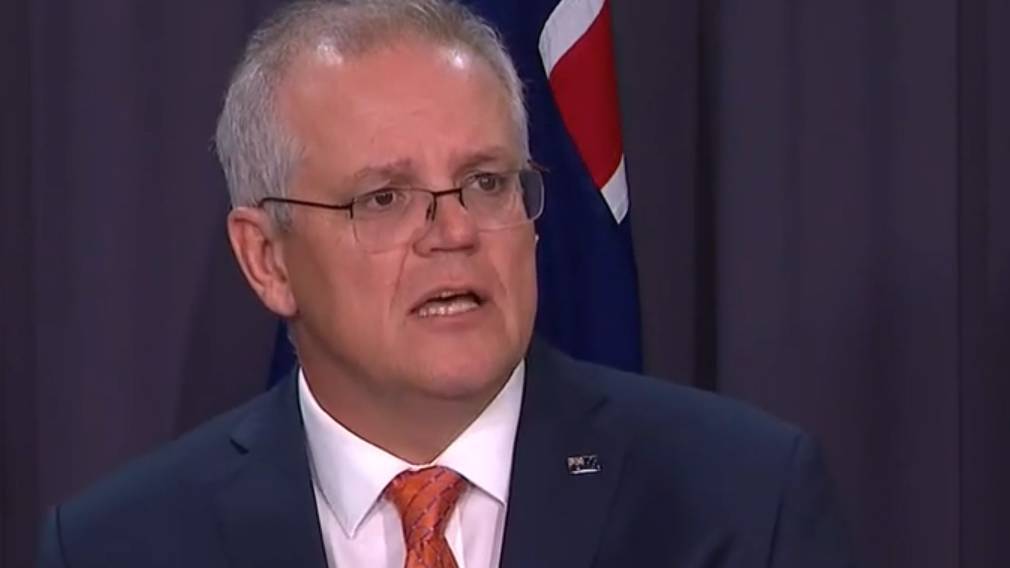 Why can't we make Pfizer vaccines ourselves?

The Pfizer vaccine is an mRNA vaccine, which teaches cells in the body to make a protein that produces antibodies to fight off COVID-19.

mRNA vaccines are a newer approach to vaccines, while traditional vaccines normally use inactivated or weakened germs to trigger an immune response to the virus.

Australia has the capability to make its own vaccines, but is limited at this stage to the more traditional approach to vaccines and not the newer mRNA vaccines.

In a statement, Australian vaccine maker CSL said it remained committed to meet its contracted arrangements with the government to make the AstraZeneca vaccine.

"We will continue our focused and important efforts to manufacture this vaccine which remains critical for the protection of our most vulnerable populations," a spokesman said.

"We are proud of our unique role in Australia as the only onshore manufacturer that can produce this vaccine and remain dedicated to our ongoing contribution towards this effort."

Are more vaccines on the way?

Australia had secured deals for the AstraZeneca and Pfizer vaccines to be distributed.

Australia also has a deal for 50 million doses of the Novovax vaccine.

Approval for that vaccine, which is in the final stages of testing, is not expected to be made until the second half of this year, so it may still be some time before Novovax is used as part of our vaccine rollout.

Will there be enough vaccine doses for everyone to get one by the end of the year?

The initial target was to have all eligible Australians receive at least one dose of the vaccine by October this year.

That plan has now fallen by the wayside due to the new advice given to the AstraZeneca vaccine, which was expected to be the backbone of the vaccine response.

So far, almost one million doses of the vaccine have been administered.

Prime Minister Scott Morrison said on Thursday night the vaccine strategy was being recalibrated in the wake of the developments.

However, it's too early at this stage to tell how much the AstraZeneca developments have delayed the rollout of the vaccine.

The majority of Australians would be vaccinated as part of phase 2b, which was slated to start in the second half of the year.

This story What you need to know about the AstraZeneca advice change first appeared on The Canberra Times.