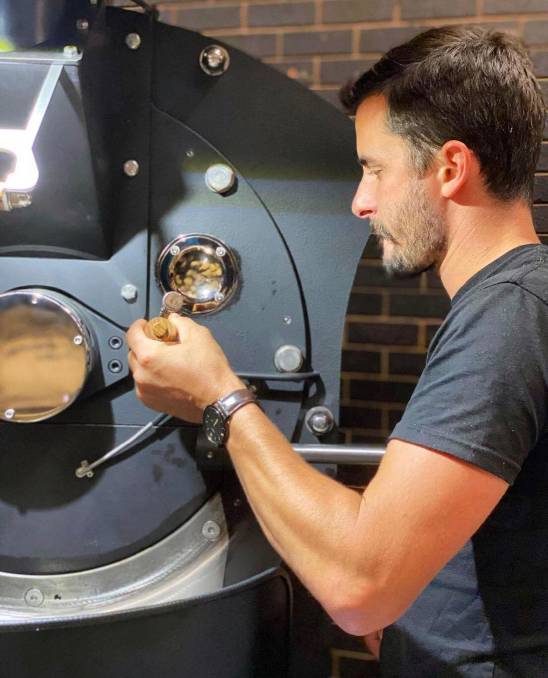 From little steps to big dreams, a small-town coffee roaster shares his excitement after grinding through bushfires and pandemic towards new partnerships and ambitious goals.

Moruya's Sam Steiner, 34, had a vision to see locally roasted coffee exported to the world. He shares some of his story and the successes of Alfresco Coffee Roasters, since its humble beginnings.

In 2012, Steiner was clueless about coffee and stumbled across a job as a sales representative alongside servicing technician and wholesaler, Troy Crisp.

The duo originally focussed on creating a shift of supply from "larger corporate companies", who had a monopoly on the South Coast of commodity grade coffee, to boutique and specialty blends.

"It was a quick learning curve to figure out the basics," Steiner said.

"Once I knew more and more, I became passionate and it became a lifestyle more than a job."

Steiner and Crisp kept a close eye on the industry's movements and focused on growing the business.

They embarked on a journey overseas, visiting coffee plantations that sparked inspiration. 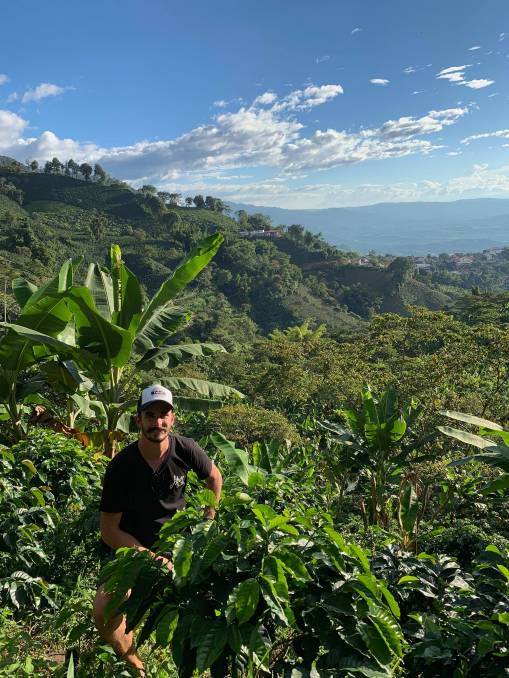 "I learned about the product, where it came from, how it was produced, who produces it and who was bringing it into Australia," Steiner said

"The different trade practices grabbed our attention and got us excited about the industry and more ethical practices."

The duo returned, motivated to grow the business enough to invest back into the country of origin.

"We wanted to buy and sell as much coffee as we could," Steiner said.

"We're hoping to double that next year," Steiner said.

I never knew Alfresco would get to where it is today

Alfresco sources coffee beans from Panama, Nicaragua, and the Philippines.

"The partnership means they can employ more people and create economic success in that region, which normally has a ripple effect in the community," Steiner said.

Sustainable projects like this were already being done across the globe by some larger-scale companies. Steiner said Alfresco admired the work of Canberra-based ONA Coffee and Sydney's Three Pence Roasters.

"It's why we love coffee so much; it can have such a large impact all over the world," Steiner said.

Alfresco's plan for the future was to replicate their efforts in the Philippines to other poverty-stricken parts of the coffee growing world.

"Our ambitious goal is 10 projects in 10 countries, once we can travel again," Steiner said. Sam Steiner (right) with a coffee plantation owner in the Philippines.

READ MORE: Health services in the Eurobodalla Shire and the Shoalhaven are in critical state, inquiry told

Nowadays, coffee is more than what's in the cup.

"I never knew Alfresco would get to where it is today," Steiner said.

The company transitioned from a small specialty coffee roastery, operating out of "a hole-in-the wall" at Moruya, to a successful wholesale centre, supplying beans and servicing machines from Nowra to the Victorian border.

During early days of Alfresco, Steiner said "there wasn't really a coffee culture in Moruya at all".

He said coffee was foreign to majority of the younger generation.

"It has shifted in culture to all age brackets now, the market has grown just by that itself."

Steiner said people were hungry for the story behind coffee, which shifted the industry towards in-house roasting and innovative blends. 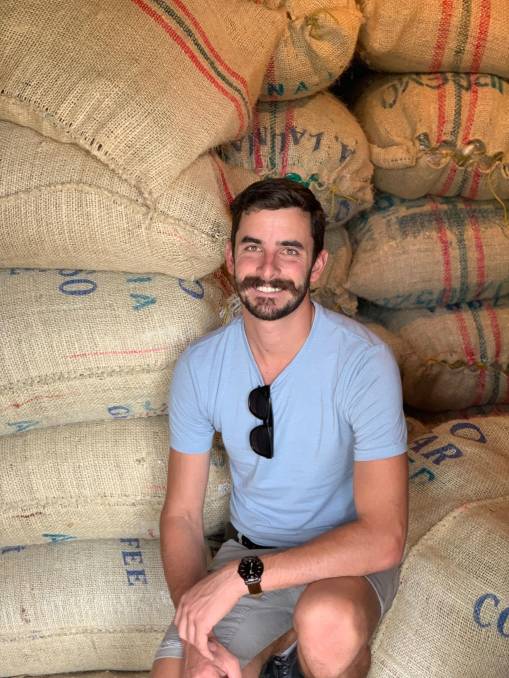 "My generation wants the story, not generic branding," he said.

"They get bored quickly and want to experience new things all the time. They want to know it's sustainable and ethically sourced and more about the story, not just what's in front of them."

Steiner thanked the community for the support.

"I have been surprised from what we have achieved out of Moruya - a place more than half the world doesn't know exists," he laughed.

"Through COVID and the fires, whenever we braced ourselves expecting things to go downhill, the community really rallied to support our local shops.

"I'm surprised by the support and I'm really stoked. Moruya has an underlying current of close community that runs through, I love it."

Beyond the beans, Steiner was excited to create more jobs in town and see Moruya's economy grow. Staff get together inside the training room at Moruya earlier this year. Alfresco has plans to develop a larger training facility for the South Coast.

"Hospitality is a gap year for a lot of people, but coffee isn't a gap year, it's a career," he said.

"Alfresco meaning outdoor space, we look at as a staffing perspective too, we don't put ceilings on staff.

"The opportunities are not limited and key personalities lead the charge."

For Steiner and Crisp to reach their dreams for Alfresco, the duo merged with Rowan Liebke and Jesse Zammit of Moruya-based development company, Liebke and Co.

They aren't small projects; we have really set a challenge and are determined to get there.

"We have been mates with them for about 15-years and I am pumped to work with them," Steiner said.

"It is a synergy to work together to reach those targets we have set. They aren't small projects; we have really set a challenge and are determined to get there."

Since the companies merged earlier this year, new ventures have already begun. Staff of the new Alfresco cafe at Batemans Bay.

The company bought the business with plans to renovate, however, COVID impacted plans.

Steiner is passionate about Alfresco's overseas projects and career opportunities, but roasting coffee is his true calling.

He has created award-winning blends and has a new brand on the way - Little Paradise Coffee Roasters. It will become available at select venues along the coast.

Steiner said Bodalla Bakery and Tathra Kiosk have been the first to share a taste of the new brand.

Also in the pipeline, was plans to develop a South Coast training facility for baristas and coffee roasters.

Abuzz with excitement, Steiner and the Alfresco team look to make a mark onto the national scene, while continuing to curate the coffee and cafe atmosphere locals from Moruya and Batemans Bay love. Inside the training room at Moruya. Staff get together with Sam Steiner earlier this year.

This story South Coast coffee company spills the beans on how they've stirred up a scene first appeared on Bay Post-Moruya Examiner.